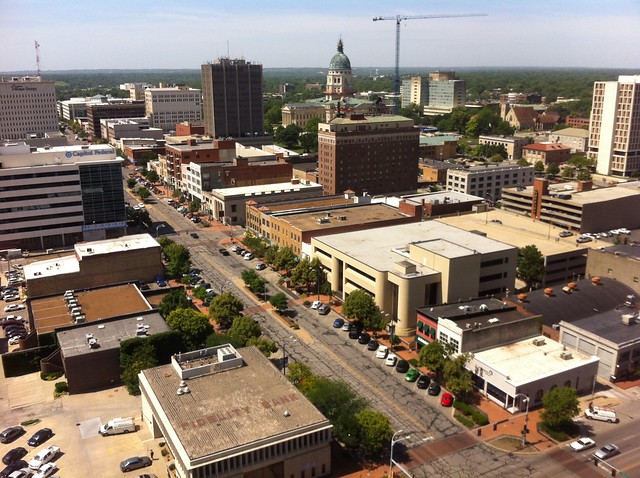 This is the 3rd post in my series about emerging trends and libraries. So far, I have covered the Internet of Things and Smart Machines.

This time, we’ll kick smart machines up a notch and focus on Smart Cities.

What’s a Smart City? Here’s the Wikipedia definition: “A smart city is an urban area that uses different types of electronic data collection sensors to supply information which is used to manage assets and resources efficiently. This includes data collected from citizens, devices, and assets that is processed and analyzed to monitor and manage traffic and transportation systems, power plants, water supply networks, waste management, law enforcement, information systems, schools, libraries, hospitals, and other community services.”

Basically, take things like Smart Machines, the Internet of Things, and Big Data (something I haven’t yet covered), ramp it up to a community-wide scale, and you have a Smart City initiative.

Here are some examples of Smart City projects:

Here are some articles about Smart Cities for more information:

Photo of Topeka Kansas (a not-so-smart city) by me. 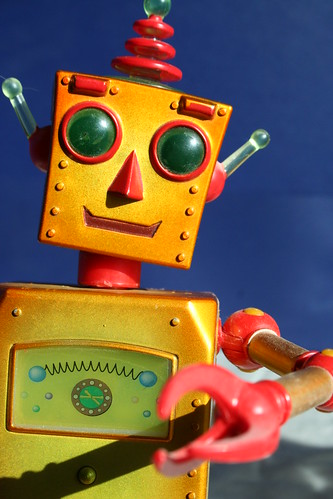 What’s a “Smart Machine?” Here’s a good definition, from TechTarget:

A smart machine is a device embedded with machine-to-machine (M2M) and/or cognitive computing technologies such as artificial intelligence (AI), machine learning or deep learning, all of which it uses to reason, problem-solve, make decisions and even, ultimately, take action.

You can lump a LOT of emerging technology into the Smart Machines category. Here are some examples:

As you can imagine, Smart Machines are pretty disruptive! Smart Machines will definitely disrupt the job market. Some jobs that will be replaced by smart, automated machines seem pretty obvious, like assembly line and warehouse work. But how about jobs like lawyers, doctors, bartenders, chefs, and journalists? Some people think these types of jobs can also be automated by smart machines.

How do Smart Machines affect libraries?

Well … they already are. Not really “smart” machines – but there are machines already doing human work in libraries. Some larger libraries use robotics to store and retrieve books. My library has an Automated Materials Handling (AMH) machine that speeds up book sorting and returns. We couldn’t do what we do without it!

Self-check kiosks – I’m old enough that I remember library staff pulling out the paper due date card in books and stamping the due date on it. It made a great bookmark … and you could see who had checked out the book last (because for some strange reason, you had to write your name on the card for everyone to see). Now I can use my library’s self-check kiosks and RFID technology to check out books. No lines, no stamps, and no handy due date card bookmarks.

How about desk shift scheduling? There are a couple of products out there that automate this task. For example, Springshare’s LibStaffer has an auto-scheduler built in. If someone calls in sick, LibStaffer will find a replacement so you don’t have to.

Drone delivery of books? Not there yet! But in 10-20 years? Who knows!

I talk a lot about emerging technology trends (hire me to do a workshop!). And sometimes I share that type of stuff here, too.

On that note, I’m starting a new series about emerging trends and libraries. For each post, I’ll cover a trend. I’ll introduce it and give an example or two of what it’s all about. Then I’ll share some thoughts about how that trend affects libraries.

It’ll also get me back on track posting a little more frequently (that’s a goal of mine).

So – for starters, let’s talk about … the Internet of Things, or IoT for short.

I like this short definition from dictionary.com: “a network of everyday devices, appliances, and other objects equipped with computer chips and sensors that can collect and transmit data through the Internet.”

You can get slightly geekier definitions and descriptions of IoT pretty fast (yay, Google searches!). I like this breakdown of IoT functionality, from Deloitte. They give 5 general types of services that IoT “things” can do:

So – objects or “things” with sensors, computer chips, and a web-connected database. That’s what IoT is.

Examples of IoT in action

There are some pretty well-known IoT products that some of you already use, including:

On a larger scale, you can think of concepts and products around smart buildings, smart cars, or even smart cities as a larger extension of IoT (I’ll cover Smart Cities in a future post). For example, some stores use Beacon technology to track people in their stores.

In more rural areas, farmers are starting to use products like MooMonitor or Moocall to track the health of their cattle.

How does IoT affect libraries?

Here are some ways libraries are already incorporating IoT technology into their libraries:

Those are my thoughts on IoT. What is YOUR library doing with the Internet of Things? Please share!

Before I head off to #alaac18, I thought I’d share what my library is doing with iPads.

Right now, we are using iPads in the building in three different ways:

That’s what we are doing! Actually using iPads isn’t necessary – we could do the same thing with Android tablets. Either way, they are pretty handy additions to our building – reservations, easy-to-add library catalog access, and an interactive experience in an art gallery.

How are you using iPads in your library? Please share! 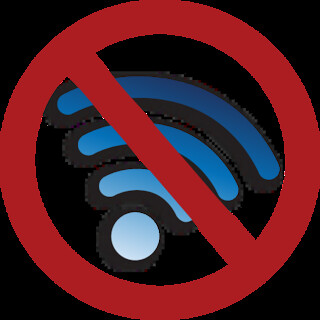 The National Digital Inclusion Alliance (NDIA) just shared a recent survey focused on broadband Internet connectivity in cities with more than 50,000 households. You can find that survey here.

Unfortunately for Topeka, KS (where I live) … we are ranked the 10th worst connected city in the US.

Here’s a little more info from NDIA’s website about the ranking:

Using data from the 2016 American Community Survey (ACS), released in September 2017 by the U.S. Census Bureau, NDIA ranked all 185 U.S. cities with more than 50,000 households by the total percentage of each city’s households lacking fixed broadband internet subscriptions. Note that this data is not an indication of the availability of home broadband service, but rather of the extent to which households are actually connected to it.

That’s why my library’s CEO is working with other local governmental and non-profit organizations to get affordable (and more) broadband into our community.

It also demonstrates the value of a library providing great wifi in their buildings and having up-to-date computers for people to use when they visit. Why? Because a lot of people need it – in Topeka, for example … they aren’t getting that level of connectivity anywhere else.

Not sure how your library is doing? Start by asking (and answering) these questions:

Start planning for those needed improvements … that’s a step int he right direction for your library, and for your customers!