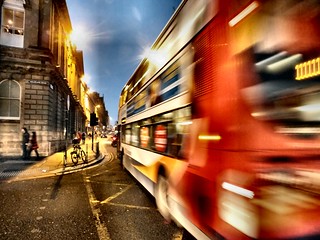 Just a thought from Jim Collins‘ book Good to Great. In that book, Jim writes this: “to build a successful organization and team you must get the right people on the bus.”

There are at least five places you can be in relation to that ever-moving bus:

Where are you? On the bus? Behind the bus? Pushing the bus? Not interested in busses?