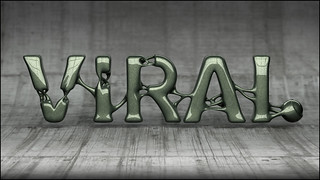 Last week, my library posted a Youtube video for National Library Week that went “viral.” No, not millions of views viral, but over 100,000 views in a week viral. Which is pretty big for us!

That’s not our most watched video ever … yet. I’m pretty sure it will make that in a week or two. But it is our most viral video to date, meaning that it spread around the web pretty fast, and was reposted in quite a few places with larger audiences.

How did we do it? That’s a good question, and ultimately it’s hard to predict what will “go viral” and what won’t. That said, there are definitely some ways to make your videos better, which will help get your video viewed by more people.

If you follow these 6 simple tips, will this guarantee your video will go viral? No. It’s hard to say what will capture the attention of a bunch of people for 2 minutes!

But if you follow these six simple tips, you will definitely improve your videos. That’s always a good thing.