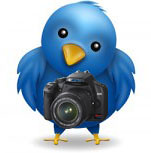 Twenty two days ago, I asked readers to tweet how they get permission to do stuff using the #getpermission hashtag in Twitter. Yesterday, I remembered that I needed to copy/paste some of those tweets into my How YOU Get Permission post … and failed miserably! Why? Because tweets pretty much disappear after about a week and a half. Technically the tweets are still there – theyâ€™re just not found by most search engines, Twitterâ€™s included.

So I did some furious searching, and actually found a few of those hashtag tweets! Which search engines worked?

Hereâ€™s a list of Twitter search engines and what they found. Thankfully, there’s one #getpermission tweet out there right now, so theoretically, every search should at least find that recent tweet. Let’s see what happens!

And finally, search engines that found nothing – not even the most recent tweet:

So there you have it! Want to find an “ancient” tweet (as in, older than 10 days)? I’d suggest using Topsy or Crowdeye (probably both).